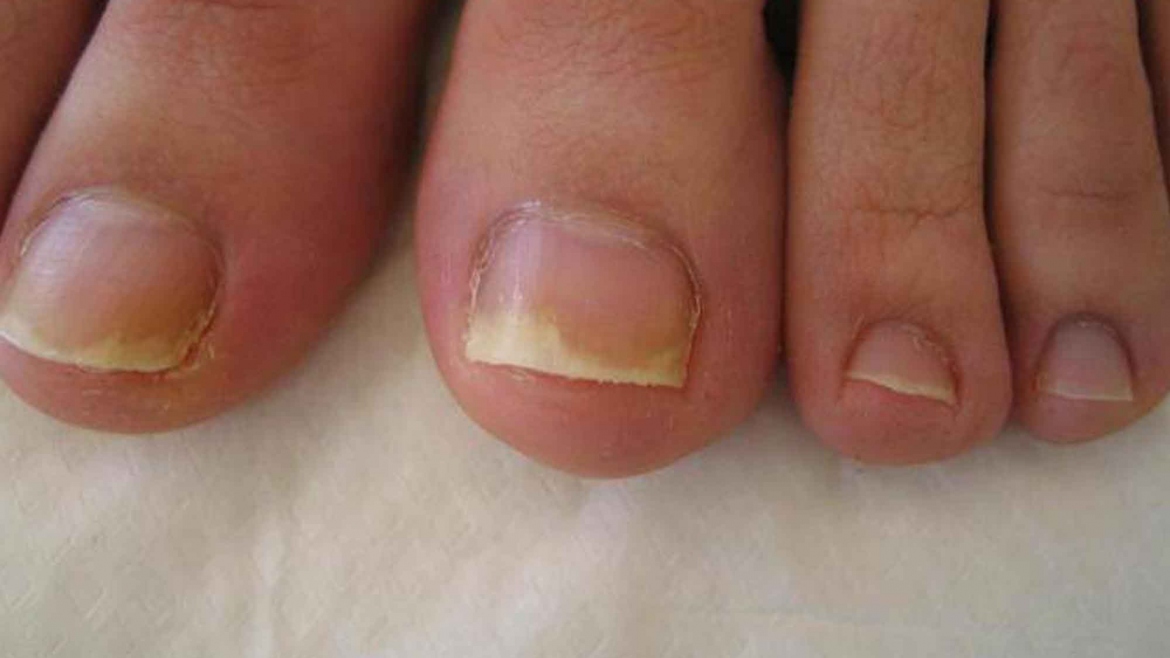 The  fungi of the nails ( onychomycosis) is the most common skin problems.

The fungi responsible are many, but the most common is the Trichophyton Rubrum and Trichophyton mentagrophytes. Usually infect people who wear closed shoes for several hours, hyperhidrosis, immunocompromised, people with circulatory diseases, people who are frequently exposed to humidity and heat.

The clinical presentation of onychomycosis has various forms. The most common of these is the so called “distal onychomycosis”, which appears as white or yellow spot at the tip of the nail. As the infection progresses nails become dull, brittle, thick and gather below its free end a whitish material.

The treatment of fungal nails is not a simple task, especially when the condition is neglected and advanced.

The antifungal pills are the most effective solution, but require patient compliance and monitoring because it is several months of possible treatments and requires method and regular check. They used three kinds of substances: terbinafine, fluconazole and itraconazole. In the alternative, the patient may be aided greatly by the use of special laser or photodynamic therapy that kills fungi. In very advanced cases it recommended the “melting” of the affected nail with local urea formulation or even surgical removal.

When shown the results after treatment:

Improvement is shown by the first two months of treatment and usually is completed at 4 months. But the most important in onychomycosis is prevention so always follow the instructions of the physician.

The eczema and dermatitis are two terms used to describe inflammation of the skin commonly broadly similar characteristics and histology. Usually we use the term eczema when you do not know the etiology and pathophysiology of dermatitis. There are…

Herpes zoster occurs at all ages, but its impact is higher (5-10 cases per 1,000 people) in the sixth decade of life and beyond. The latest figures show that in the US 1.2 million cases occur each year. The…
CONTACT US
LEARN MORE